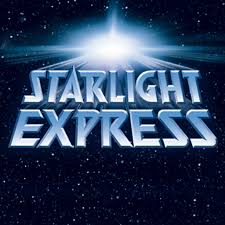 Los Altos Youth Theatre presents Starlight Express, a youth musical production featuring young artists ages 10 to 19.  The musical tells the story of a young but obsolete steam engine, Rusty, who races in a championship against modern machines in the hope of impressing a first-class carriage, Pearl. Famously, the actors perform the entire show on roller skates.

STARLIGHT EXPRESS is presented by arrangement with
Concord Theatricals on behalf of The Really Useful Group.
www.concordtheatricals.com