REFLECTIONS FROM THE GRAPES OF WRATH DRAMATURG

We recently asked Doria Charlson to provide her thoughts on her experience as the dramaturg for Los Altos Stage Company’s upcoming production of The Grapes of Wrath.

Depending on the situation, a dramaturg can take on a number of roles. In a production capacity, they often take on a research and advisory role. They become an expert and advocate for the play and for the actors. 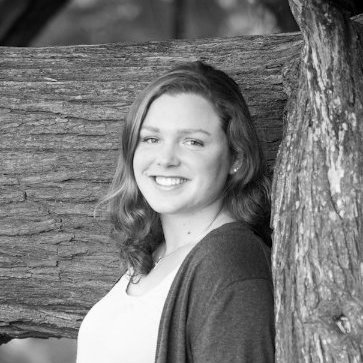 Doria is a PhD Candidate in Theatre Arts & Performance Studies at Brown University. Her dissertation is titled “With Bated Breath: Migrant Labor, Toxicity, and Bodies in Suspension.” The project aims to create a cultural history of migrant labor and performance in the 20th century through attention paid to the ways people move with/in industrial capitalism.

Her writing can be found in Dance Research Journal and Women & Performance: A Journal of Feminist Theory. She was last the dramaturg for Branden Jacobs-Jenkins’ Appropriate for Trinity Repertory Company and Olneyville Operetta for the Manton Avenue Project, both in Providence, RI.

Additionally, Doria holds MA degrees in History and Theatre Arts & Performance Studies from Brown; she also holds a BA in History and a minor in Drama from Stanford University. Doria is from San Francisco.

The Grapes of Wrath presents audiences with one of the most enduring narratives of American migration. The play, based on the 1939 novel by John Steinbeck, follows the Joad family from their home in Oklahoma across the country to California against the backdrop of the Dust Bowl.

Once in California, the Joads come to realize that the situation in the West is too dire. In California, the family confronts a surplus of migrant laborers, corporate farming consolidation (meaning less work and lower wages), and harassment from local and state authorities.

While the story of the Joads is often generalized and romanticized to stand in for migration stories of many types, the migration of Dust Bowl refugees to migrant camps in California is particular in nature and its proliferation. The Steinbeck novel captured the nation’s attention and prompted legislation and federal attention to help migrants largely because the Dust Bowl refugees were white and “true Americans.” The Grapes of Wrath details a story of poverty, but with aspirations of property ownership that cling closely to Jeffersonian ideals of an agrarian society of small farms run by (white) landowners.

What the play offers in 2019 is an opportunity to reflect upon the narratives of white poverty which, while tragic and frustrating, are often used to justify the mistreatment of others, reinforce racial hierarchies, and pursue an “American dream” that no longer is possible in light of changes in the economy and technologies that shape our world.