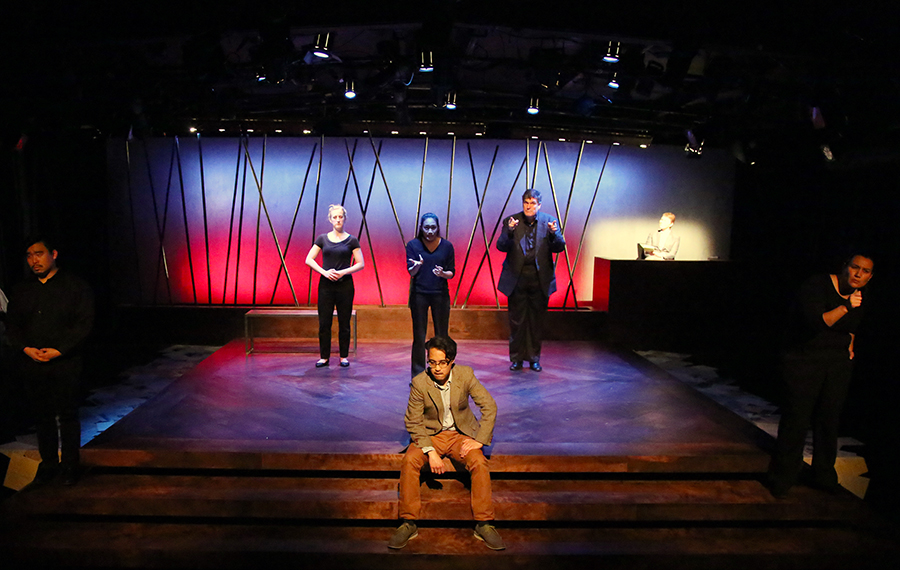 AN INTERVIEW WITH WES GABRILLO 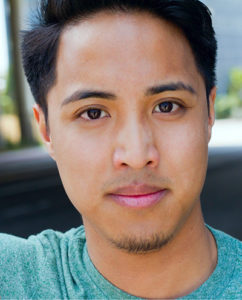 David Henry Hwang’s Yellow Face is an ensemble piece to be sure, but the audience explores the story through the eyes of the character “DHH”, who is Mr. Hwang’s alter-ego in this faux-documentary play. Bringing the playwright to life is an enormous responsibility, and in Los Altos Stage Company’s production of Yellow Face, that responsibility falls to the immensely talented Wes Gabrillo.

Wes is new to LASC, but not new to the Bay Area theatre scene, having appeared for TheatreFirst, the Pear, Palo Alto Players, Crowded Fire, Central Works, and Bindlestiff. Wes serves as a teaching artist with Kaiser Permanente’s educational theatre program, and is involved with the artist/activist collective known as Urban x Indigenous. We were fortunate to receive some of Wes’ time to discuss his experience playing “DHH” in Los Altos Stage Company’s production of Yellow Face.

LASC: This is your first experience working with Los Altos Stage Company. How did you become aware that LASC was producing Yellow Face, and what drew you to the project?

WG: I first became aware that LASC was producing Yellow Face through our director, Jeffrey Lo. I was drawn to audition for the project because Yellow Face is my favorite David Henry Hwang play. In all that this play cleverly and amusingly delves into– from the constructs of race, to the narrow visibility of Asian Americans in the “American” narrative, and even down to the struggle with the ambiguity of one’s identity or sense of self — I knew immediately that this was a piece of work that I would definitely love to sink my teeth into.

LASC: You have extensive theatre credits in the North, South, and East Bay; what in your past stage work has prepared you to take on this project?

WG: I’ve always enjoyed the opportunities to take part in new, recent works for the stage. Working in new plays such as A. Rey Pamatmat’s Edith Can Shoot Things and Hit Them and Sarah Ruhl’s Eurydice, as well as getting to be involved in world premiere productions here in the Bay Area at TheatreFirst and Central Works Theater in Berkeley, and Bindlestiff Studio (in a play that was actually written by Jeffrey Lo), I find myself drawn to the collaborative space + energy of artists that allow us all to create, (re)envision, and produce stories. Through these works hold the kind of stories, human narratives, and artistic processes in which I feel we all have a stake in because they impact us on levels that are deeply personal, vivid, unique, and undoubtedly crucial. And this journey in Yellow Face has certainly been no different.

LASC: You play “DHH” in Yellow Face, who is a version of the play’s author David Henry Hwang. What discoveries have you made about the author in creating his semi-autobiographical alter-ego for the stage?

WG: On the surface, it’s pretty clear from the journey of “DHH” in the play that David Henry Hwang has no reservations in parodying himself. Beyond the levels of parody, however, I’ve come to realize the truly introspective side of David Henry Hwang — particularly as he explores the conflicts that come with ascending into a sort of consummate “Asian American Artist & Activist” and the immense pressures to have to visibly sustain such a role in the community. DHH’s ensuing acts of cowardice in the play as well as the humiliating or trivial situations he finds himself in, ultimately lead him to a much more profound search for authenticity…a search that in many ways is not so clear-cut, not so yellow-or-white as the character might have initially expected. I’ve come to appreciate the way David Henry Hwang threads the message of the “political as personal” through DHH’s journey.

LASC: In creating “DHH”, did you find any similarities or commonalities that you share with David Henry Hwang?

WG: I’ve found in the process of creating “DHH” that David and I share similar sensibilities in our approach of what it feels like to explore one’s cultural identity, especially here in America. In first creating my take on DHH, I began with the fact that David and I are both children of Asian immigrants, both artists and community advocates– which are aspects of the character DHH that I personally and immediately connected with, knowing to a large degree what those experiences entail. Further along through the process of developing DHH, I saw myself bringing forth the sense of unease that comes with choosing to or having to explore one’s cultural identity in this country; understanding that is ever-changing, often predetermined by society, and also confusing and ambiguous.

However, despite all that, there is also something truly empowering through it all in this exploration of one’s cultural identity, just as I imagine how it was for David when writing/developing this piece and just as it is for me to take on the role of DHH. 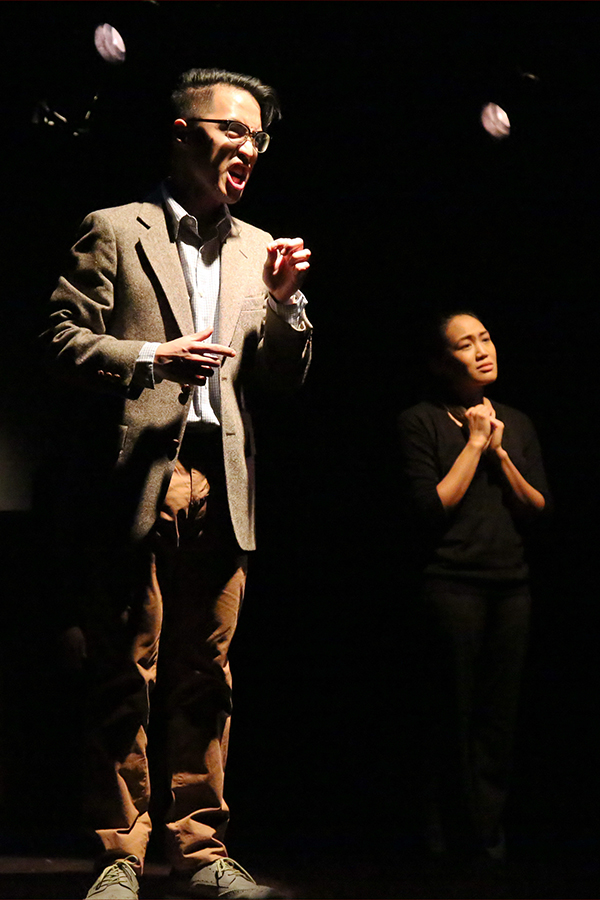 You can see Wes Gabrillo as “DHH” in Los Altos Stage Company’s production of Yellow Face, performing Wednesday through Sunday at the Bus Barn theatre through February 19th. Tickets available by calling the box office at (650)-941-0551 or by visiting www.losaltosstage.org/yellow-face